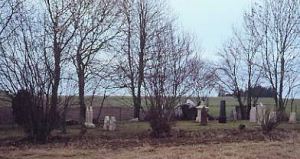 One of the signs of reaching middle age is an interest in family history, as the past begins to assume an importance it didn’t have before and we want to know more about from where we came in order to pass on a strong link to the next generations.
The book of Exodus begins with a brief genealogy and also retells the foundational story of the family as the names of the sons of Israel who came to Egypt with Jacob are given to us once more, along with a reminder that this one man had 70 immediate descendants – 70 being a combination of two perfect numbers (7 and 10) and so showing a completeness to his life as a patriarch.
But as quickly as the people of Israel increased and multiplied in Egypt, tragedy struck, a new king arose who saw them not as an asset to the community but as a threat, and so organised the legalised oppression of these people. Apparently determined not to be destroyed by this subjugation the Israelites continued to have many children and the pharaoh’s response was to take his cruelty down to the newborn children, by having every male child murdered at birth.  Yet the Hebrew midwives who were instructed to do this disobeyed, and playing upon the stereotype of the Israelite women being different from local women, told Pharaoh that they could not kill the newborn boys as they were born so quickly. And so the oppression was taken from the hands of the officials and given into the hands of the people – every boy born to the Hebrews should be thrown into the river.
As a family history it is painful reading. Even though we know the ending, (for here we are about three millennia later still thriving), to know what our early family had to endure is excruciating. I reacently read  the memoirs of another family member, Ephraim Rothschild who lived in the Hannover area and who wrote his family history over the five years from his 85th to his 90th birthday in 1898. The stories of illness and early deaths, of capriciously unjust authorities, of marriages and children and movements to different villages to escape limitations on numbers of Jews, of legal restrictions and consequent struggles to find ways of making a good living and educating one’s children – it is an insight into a world that I can only say I am grateful not to have been born into. And yet as I read about graduates of the Jacobson school being taken into his employment, and his doubt about what would become of the descendants of those who professed Reform Judaism, there is something of the same feeling as reading the beginning of Shemot – our ancestors could not know what their descendants would become, they could only do what was right and possible in their time and their context in order to create the best chances for their family/people/religion to continue. And they could tell their story, which would include naming the names, reminding their descendants of the familial link and the story that went right back to Sinai.
Ephraim Rothschild and the family from which he came lived generally in small towns away from the hub of political activity for 230 years, the connection to the area ending only when my grandfather left Hannover (via Baden Baden) for Dachau in November 1938 and my teenage father left Hannover for England. Not quite the 430 years of sojourning in Egypt, but a substantial time nevertheless, and a time when the family story continued to be told and passed onto the next generations. The memoir makes clear that his main interest was his family and the family business, and while he had some criticisms of the Judaism of his time, both the conservative forces of reaction and the too radical (for him) forces of Reform, he took it upon himself to endow and run a synagogue. But he also took it upon himself to learn the new political and economic ideas, teaching himself the essence of democratic politics and national economy, even writing to Bismarck and then to the Kaiser with his ideas and recommendations.  While never taking on the authorities too far, or taking a path of outright disobedience, he chose to play as full a part as he could in improving the lot of his fellow Jews and his fellow Germans.  Living in a relative backwater was no hindrance to his taking part in life. As in the opening of of the book of Shemot, Ephraim’s memoir tells the stories and names the names, and he seems content to do his best within the context and place he found himself, keeping family and religion going to the next generations. And with the stories we find out about some of the women of the family, and how hard they worked to keep everything going.

The title of the book of Shemot (names) is usually understood to refer to the names of the sons of Jacob who came down to Egypt with him, but there are other names to be found in this sidra and there are areas where the naming of names seem to be deliberately avoided. In particular within the story leading to the birth and naming of Moses which is found in this sidra only three names are made clear – the Hebrew midwives Shifrah and Puah are named and described twice as women who “revered God”, and their civil disobedience in aiding the labouring Hebrew women is recorded in bible, as well as their divine reward which is understood by Rashi to be that they became the founders of great dynasties themselves. Yet the father of Moses and the mother of Moses are described only as coming from the tribe of Levi, the Egyptian woman who rescued him is only described as ‘bat Paro’ – a daughter or female relative of Pharaoh, and the sister who oversees the rescue as ‘his sister’. Moses himself is finally named by the daughter of Pharaoh only ten verses later when he has been weaned by his mother and returned to her in the royal household.

This naming of the God-fearing midwives, yet the deliberate non-naming – almost to the point of clumsiness in the text – of all the others around Moses’ birth and rescue reads curiously in a sidra called “Names”. Is it trying to tell us that sometimes we must stand up and put our names to our acts of justice while at other times it is better to do so in anonymity?  Certainly that thought has resonances today in a world anonymity on the net.

Or is it trying to say that sometimes it is the story that is important and the players are merely functionaries whose naming might distract us? Or maybe that it is our relationships with each other that truly matter and not just ourselves? Or that who we really are – the essence that is caught up in our name – can only be understood in the context of who we are connected to and what we do in our lives.

The study of one’s family history can be fun and also it can be painful as the many stories of persecution and deprivation echo down the centuries along with the names, often the same names used repeatedly so that one can no longer tell who is being remembered in the naming.  But just to get caught up in who was who is not to in any way know about them. For that one needs the stories, the way the relationships developed, the sense of what they did and the context for why they did it. And we need also to recognise the difference between knowing the name of something, and knowing something. As Richard Feynman wrote “You can know the name of a bird in all the languages of the world, but when you’re finished, you’ll know absolutely nothing whatever about the bird… So let’s look at the bird and see what it’s doing — that’s what counts. I learned very early the difference between knowing the name of something and knowing something.”