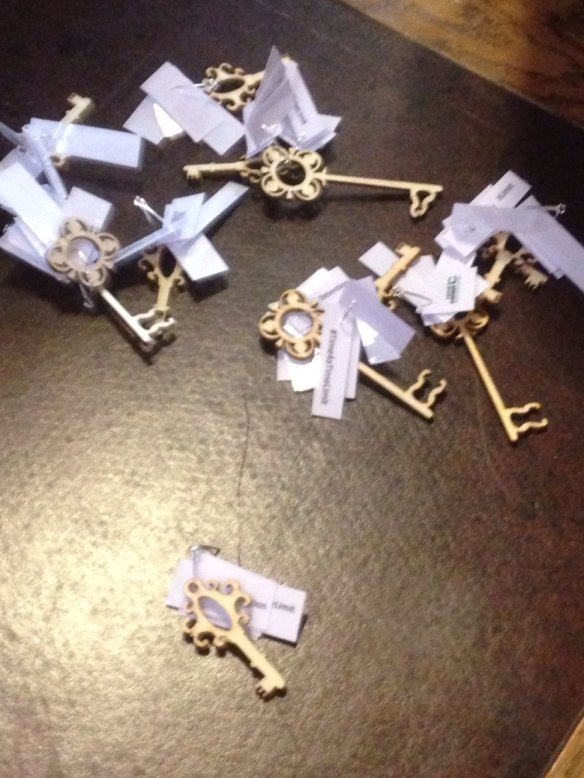 Imagine the fear of being subject to indefinite detention. No way of knowing how long you will be there,” feeling like you have been put into some sort of human storage facility” (Ajay from Freed Voices).  Imagine trying to keep your sense of self, already damaged by the treatment you have received earlier in your own country, the torture and abuse you have fled, leaving behind family and home in an attempt to save yourself.  Imagine the dangerous journey to freedom, the cold and the heat, the hunger and the insecurity, the anxiety for those you have left behind, the fear of what the future will hold.

Imagine then arriving at a country of sanctuary, hopeful, grateful, ready to work hard to create a new home and make new relationships, to build a good future. And then imagine the bureaucracy, the suspicion, the black hole you fall into as you try to do all the things that will bring a new start. Imagine the xenophobia, the misery, the violence of those who are losing all hope. Imagine that your innocence is questioned, that being locked up without any time structure is seen as normal. Imagine the limbo you find yourself in, no end in sight, nothing to hold on to. In 2015, 255 people had been detained for between one and two years, 41 for over two years.  But these figures exclude the many people who are held in prisons under immigration powers, so the true figure is likely to be significantly higher.  Detention is justified as a way to deport people, but the majority of people detained for more than a year are not ultimately deported.

There is no clarity or transparency in the process. It just grinds on slowly – at least you hope it is grinding on – how would you know if you are not forgotten?  How do you hold on to your humanity when others see you only as a statistic, and a hostile statistic at that?

In 2015 official figures report that almost three thousand people were placed on suicide watch, eleven of them children.  And the figures for suicide attempts inside these centres is going up. The mental health of detained asylum seekers becomes further fractured by the fear, the lack of any clear process or time structure, the prison conditions in which they are held.

As Richard Fuller MP said at an interfaith event hosted by Tzelem and Rene Cassin in the House of Commons yesterday (20th April 2016) “the system is costly, it is inefficient, and it is unjust”. It costs £70 thousand a year to hold someone in detention in Colnbrook detention centre – money that could be used for their rehabilitation and to facilitate their entry into society.

The UK is the only European country with indefinite detention for asylum seekers. The immigration bill is coming back to the Commons with many amendments from the Lords, one of which is to set a time limit of 28 days. As we go into Pesach, our festival of freedom, let’s do all we can to remember and to hold in our hearts and minds the frightened people held in indefinite detention in our own country. Put a key on your Seder plate and pledge to work for the freedom of all people to live in security and peace, to work for the ordinary and common desire we all share to be able to get on with our lives without fear.

1 thought on “A Key on the Seder Plate: Remembering those who are detained indefinitely while their applications for asylum are being processed.”